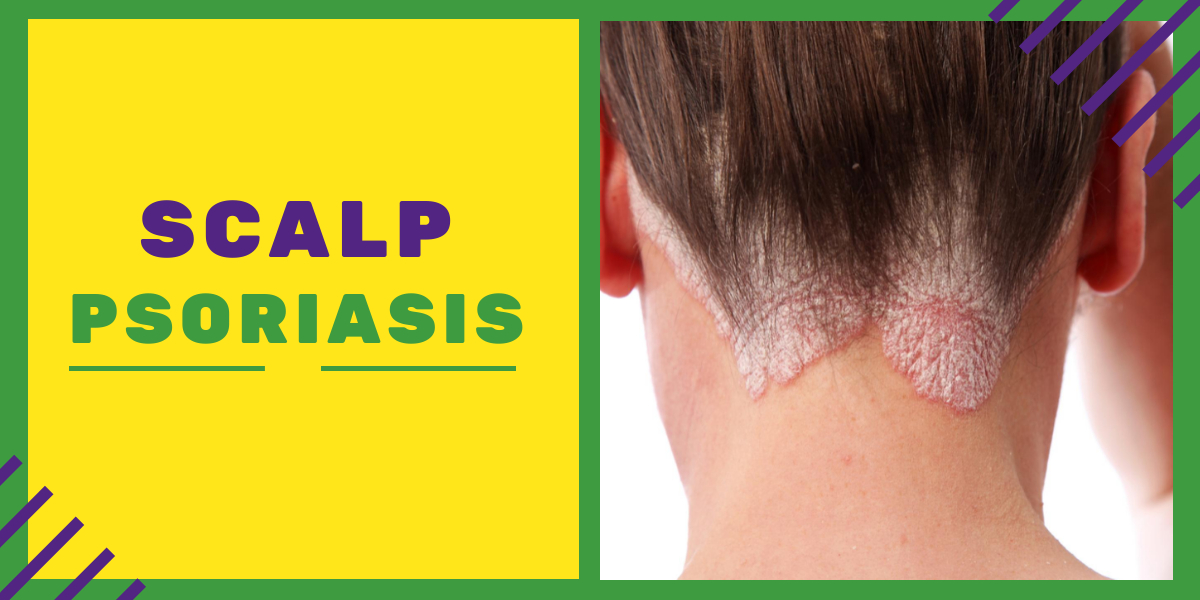 Psoriasis of the scalp can be seen as dry, itchy, reddish scales or patches on the skin of the scalp. When it comes to psoriasis disease the scalp stands as a favorable site of disease. It may happen by a single patch as mild psoriasis or can cover the entire scalp or several areas depending on the severity.

In this condition, the skin cells of the head pile up to build the patches with itchy and dry scales. It may be mistaken for dandruff, but the patches appear with a silvery hive. Scalp psoriasis is the most common skin disorder in our country. Often people fall prey to it. The recorded cases exceed more than 10 million in India every year.

The specific treatment and cure aren’t known for this disease, yet there are certain medications and treatment plans going on the stream to control the outbreaks of psoriasis effectively, and most of the cases have been reverted back, The cure for psoriasis isn’t clearly manifested but it is thought to be the response to a problem in the immune system psoriasis often causes colds, infections, inflammation, stress and lessens self-confidence.

Scalp psoriasis emerged as a patch and may spread all over the scalp, forehead, all over and inside the ears and neck. It is not contagious and yet no proper cause is known. Many types of research put forth that it is an immune reaction in which the cells divide and pile to form patches and scales. Sometimes it is beneficial too. Of all the kinds of psoriasis existing, scalp psoriasis is the most frequently occurring disease, with half of the psoriasis cases falling under it.

The scale of scalp psoriasis can be from unnoticeable to severe. It may be similar to dandruff because of its appearance, but its silvery nature makes it different. There is an existing myth that scalp psoriasis results in hair loss, which is an absolutely false belief. Itching caused by this can result in lots of scratching and sleepless nights. This results in sleepless nights and stress. Stress, harsh scratching, repeated rubbing, and treatment with various chemicals can be the reason for temporary hair fall.

Psoriasis is not diagnosed with a specific cause other than immune response, likewise is the cure though it can’t be cured, it can be put into control with an apt treatment plan, medication, and treatments.

Psoriasis can spread all over the body if it is not treated timely.

In India, Ayurveda offers the big arm in treating psoriasis rather than the other. Most people rely on ayurvedic benefits as the steroids and supplements on the other way may cause complicated side effects.

The first line of defense for the topical medications, where the medicine in the form of preparation, ointments, gels, balms, foams, liquids, and soaps are applied to the affected areas. The mild and initial stage of psoriasis gets effectively healed by this. Salicylic acid and coal tar are used in preparing those oils, shampoos, gels, and ointments.

Ayurvedic medicine uses turmeric in its topical preparations, which is made as a paste as applied to the infected areas of the skin.  The first step in treatment is always going to make the skin healthy. Therefore all range of topical medications like ointments, creams, lotions, gels, foams, soaps, and oils are given.

Calcipotriene which is a supplement of vitamin D3 is used as a thin layer on the scalp before bed and washed off the next morning. Along with corticosteroids, the results will be more effective. As said the use of salicylic acid and coal tar is approved by FDA, so most of them have these two in higher concentrations. Vitamin A is involved in the form of tazarotene. A thin layer of this must be applied on the scalp as a night regime before going to sleep. It should be washed off thoroughly with a warm shower the next day as in calcipotriene usage. This clears off the scalp if regularly.

Clobetasol propionate is another important constituent. Used in the primary treatments. It helps in Maintainance of the scalp after the treatments are done. Almost every product with this propionate is approved by the united states food and drug administration. Coal tar shampooing is widely and bests adopted as a way to treat scalp psoriasis. Using the shampoo for at least four to eight weeks can Mark the results. About ten to fifteen percent of coal tar is used in many products. Continuing the usage thereafter can maintain a well-conditioned scalp.

Some softeners for the scalp are available that contain salicylic acid which deals effectively with the hard patches. The scales get softened and fall off easily.  However topical applications of salicylic acid may cause hair breakage. Whatever the shampoo or softener may be, the usage must be stopped and reviewed after four weeks of time. Apart from these

Taking a higher concentration of medications needs an approved prescription. FDA has enlisted some of those with this medication. As tazarotene, is derived from it. An application in the form of creams and gels for topical use. It is a retinoid, its use is not only in psoriasis treatment but also in a skincare regimen. Sunlight exposure should be avoided after application.

A combination of vitamin D and corticosteroid. Effective in lessening the impacts of psoriasis-like redness, itching, and inflammation. It halts any further building up of skin patches. Taken in the form of creams and lotion.

Calcipotriene alone is medicated to slow down the growing process of skin cells. Sometimes taken along with corticosteroids.

It is one of the oldest medications prescribed for psoriasis, to treat undying And long-lasting psoriasis. It is also known as dithranol, and is available in the form of creams pastes, and ointments. It leaves stains on the skin. If improperly applied. Anthralin micronized shampoo is massaged on the scalp thereby healing psoriasis.

Other steroids are used in psoriasis treatments, which may leave effects with no proper dosage and applications. These are applied onto the scalp, to evert psoriasis. The shampoo is being regular with the prescribed products important to keep it away from recurring.

As Ayurveda, stresses the balance of elements it suggests medication to reduce stress. The pranayama which is a breathing controlling practice is also a way of reducing psoriasis.

The diet changes and the preparation in Ayurveda have a notable impact on treating psoriasis. Exfoliation and stressing are recommended by ayurvedic practitioners.

Neem, turmeric, frankincense, aloe Vera, black nightshade, garlic, guggul, etc, herbs are picked up in their preparations natural psoriasis foundation stipulated 0.5% aloe in the creams while prescribing. Psoriasis while severe, or not responsive to topical treatments or when been a long while, steroids may be prescribed.

The other treatment options include phototherapy, this is done using a laser light or a non-laser light on the affected parts. This prevents damage to the surrounding healthy skin. An ultraviolet combination or a UV ray combination is used to pass the ultraviolet light on the skin patches. This can be used for the whole scalp if needed. Sitting out in the sunlight for a brief time regularly also lessens a role in lessening the impact.

Methotrexate, cyclosporine, Soriatane a d corticosteroids etc, are the oral medications for severe psoriasis. They are either injected intravenously. Apart from coal tar in India,  supplements of A and D are used second extensively.

Despite these many treatment options and widely appreciated therapies and methods, the complete cure can be unmet. Hence a need for an effective solution is being released Since psoriasis has no particular cure, the following tips, plans, treatments, and medications honestly can work better in curing the ailment. Controlling the outbreak, and preventing the comeback of the disease is also important.