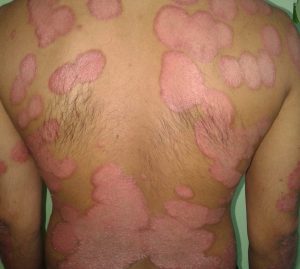 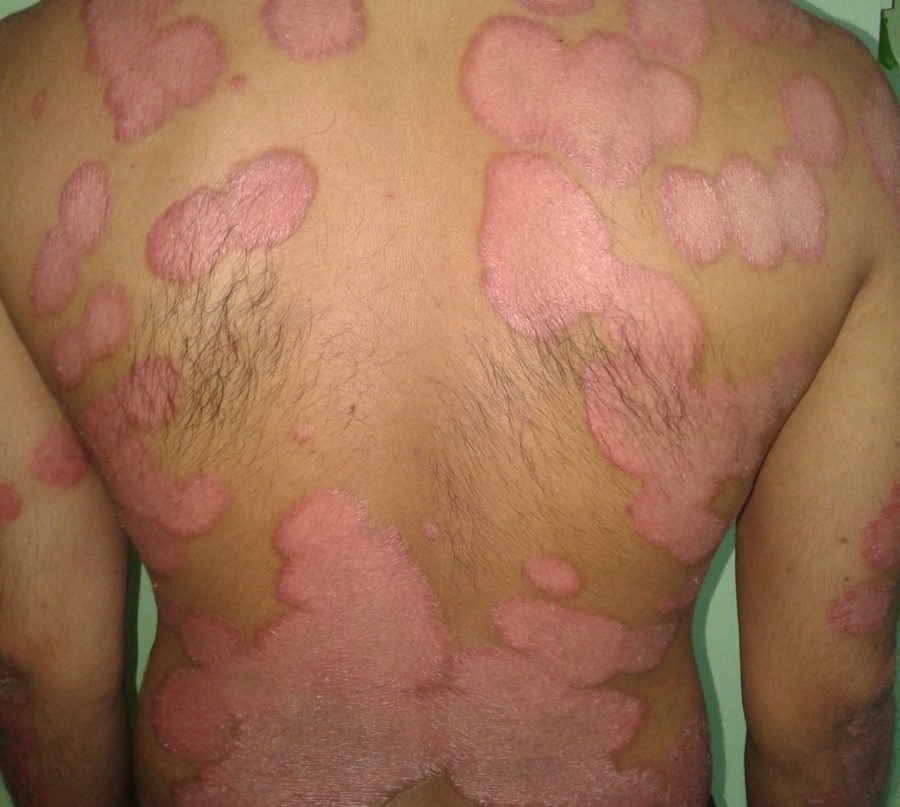 Psoriasis is a dry, scaly skin disorder. It is a common, chronic, autoimmune inflammatory disease that affects more than 6 million people in the United States. Psoriasis affects 3% of the global population and appears to be on the rise. It affects both men and women and people with cardiovascular disorders and metabolic syndrome are more likely to get it. Research has shown that it is definitely a genetic disorder and it tends to run in families.

Unpredictable and irritating, Psoriasis is one of the most baffling and persistent disorders. It’s characterized by skin cells that multiply up to 10 times faster than normal. As underlying cells reach the skin’s surface and die, their sheer volume causes raised, red plaques covered with white scales.

Psoriasis typically occurs on elbows, knee, and scalp, but it can also affect the torso, palms, and soles of the feet.

To fully understand psoriasis, you need to see what’s happening underneath the skin.

The exact cause of psoriasis is unknown.

The most common symptoms of psoriasis are:

Other forms of psoriasis include:

People who suffer from psoriasis know that it is uncomfortable and at times a disfiguring skin disease that can be difficult and frustrating to treat. The condition comes and goes in cycles of remissions and flare-ups over a lifetime. While there are medications and other therapies that can help to clear up the patches of red, scaly, thickened skin that is the hallmark of psoriasis.

Ayurveda is based on the premise that good health depends on a healthy body, mind, and spirit. It relies heavily on herbal remedies and living a healthy lifestyle, which includes:

Practitioners of Ayurveda believe that every person has a distinct energy pattern made of three types of energies. These energies are known as doshas, which maintains the body equilibrium.

Ayurveda practitioners believe if your doshas are out of balance, you feel stressed or fall sick. The goal of Ayurveda is to keep your doshas balanced for optimal health, according to these references, psoriasis is considered as the vitiation(fault) of Vata and Kapha.  Accumulation of low potency poisons (Dooshivishas) are the basic pathological changes taking place in the system. Irregular food habits, consumption of foodstuffs that should not be eaten together. (Eg: dairy products with fish), excessive intake of yogurt, black gram, seafood, sour and salted items, etc. This can activate the pathogenesis. Alcohol and tobacco consumption will act as a catalyst here. Ayurveda does emphasize the effect of stress in the pathogenesis of Psoriasis.

The main Ayurveda treatment used to treat psoriasis is Panchakarma therapy. Panchakarma treatments use plant-based remedies and dietary changes. These are meant to detox and purify the body. A vegetarian diet is often recommended.

The Panchakarma treatments include:

Psoriasis can be triggered by stress, both physical and emotional. Meditation and exercise may help reduce stress-related psoriasis flare-ups. Both of these activities are included in Ayurveda treatment plans. Studies and research have shown that the popular Ayurvedic herb, Ashwagandha, also known as “Indian Ginseng,” has anti-stress properties and is a beneficial restorative tonic.

Psoriasis can be treated, and the flare-ups can be painful enough to interfere with your day-to-day life. However, you can lessen the impact of flare-ups by proactively controlling your symptoms and inflammation by following a healthy and disciplined regime. Studies and research have shown that patients with willpower and by following the dos and don’ts have managed to combat this skin disease.